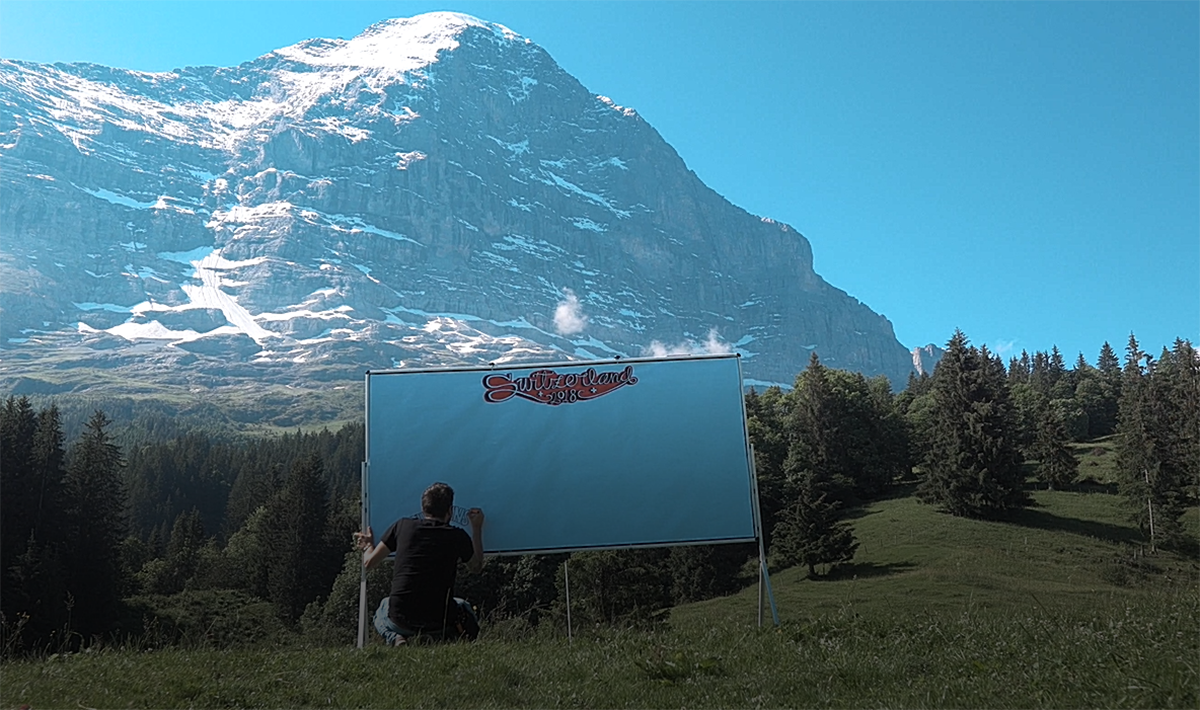 With a few markers in the backpack over the Alps, almost anyone can do that. But just do it with a Neuland® GraphicWall V3.

Transport dimensions: W 83 x H 140 cm, Weight: 13 kg. Let’s go. Well, maybe not over it, over the Alps, but at least Tony Johnston, David Andress and Filippo Buzzini have just set up the wall in some especially beautiful places in Switzerland, including graphic recording. Outside in the mountains. Outside in the forest.

Especially beautiful places are usually not easy to reach, you really have to move for that. You know that when you have tormented yourself for a very nice and very special holiday photo. For this great film project, these three guys have taken some hurdles to deliver fantastic pictures in the end. Hats off.

What is it about? Watch here:

Did you know that Filippo was one of the winners of the raffle and that he won the ticket to the lettering workshop with Heather?

By the way, that was his winning picture: 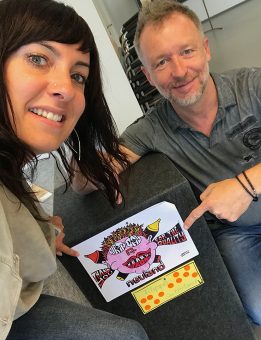 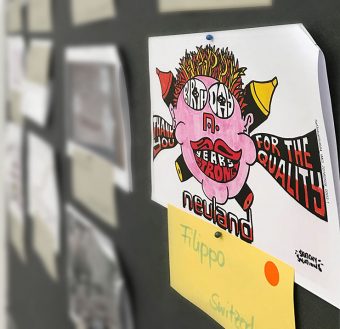 This is a great lettering, but it was good to hear that Heather’s workshop was very important to him in order to sharpen his eyes on lettering styles in general.
He tells us that he has now got a completely new perspective on the subject in the workshop. Great, then it was the right winner, at the right time in the right workshop.

Afterwards he tells me about his video project. I wanted to know more about it and he showed me excerpts from the video.
After Filippo had told me about this crazy project, I did not let up:

“Wow, how cool! Do the Neulands know about it? ”

“That’s the blast! This is awesome! The video must not be unseen! ”

So I did not let poor Filippo out of my wings until I could lock him into a room with the Neulands to watch the video.

Well, honestly, if such a wall makes such a journey, such crazy pictures come around, then everybody should know that, right?

Whether there is now a V3 GraphicWall in Swiss Alps Edition, lighter and more compact, that’s not known. Should the roles be tested again for their outdoor ability? Also not known. What we do know is that soon there will be an XL version of the V3 Graphic Wall. This one reaches from the valley to the top of the mountain.

It is clear that certain products are more than fascinating in unusual places and, by the way, also impart knowledge. 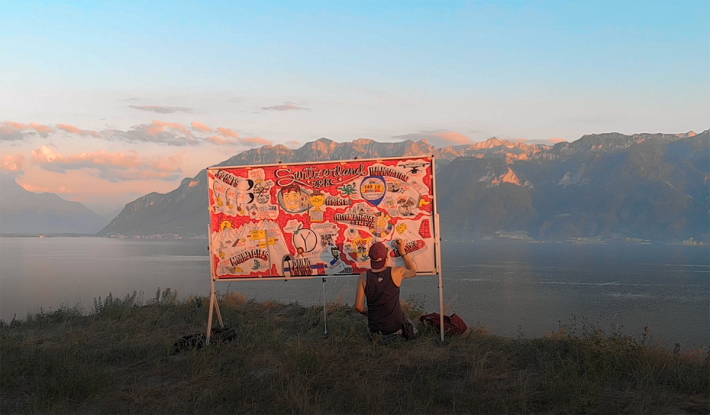 By the way, here is a little digression about video editing:

Psst, did you know that Filippo, the lucky guy won a ticket at the EuViz raffle for the 2019 IFVP conference in New York? 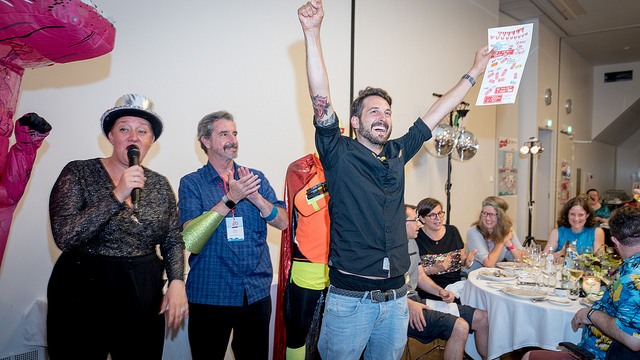