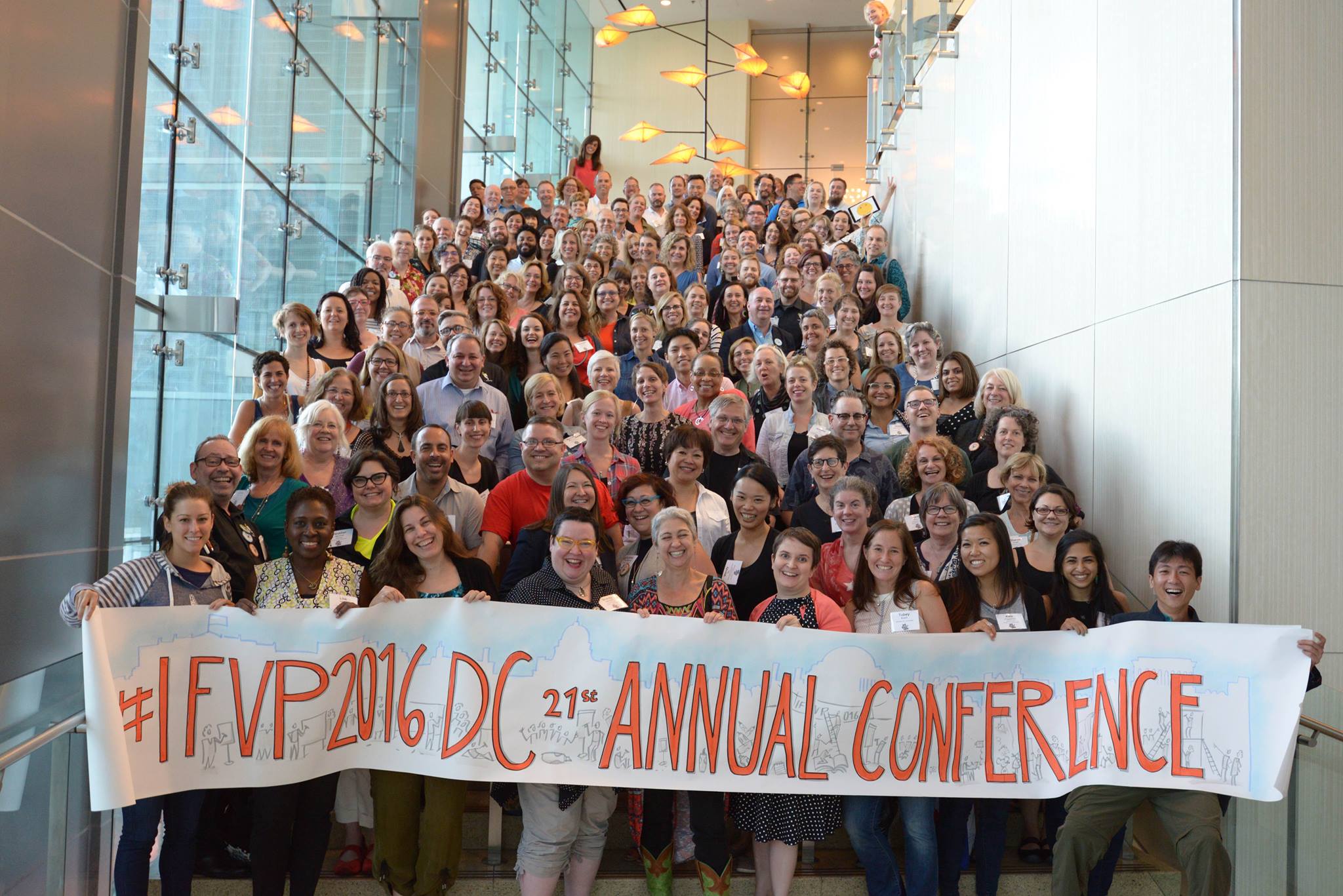 Ooops, we did it again! It was about time for IFVP Conference. This year it took place in DC Washington and Neuland could not have missed it. Our newly revamped Neuland stand was opened from 30th July until 2nd August. 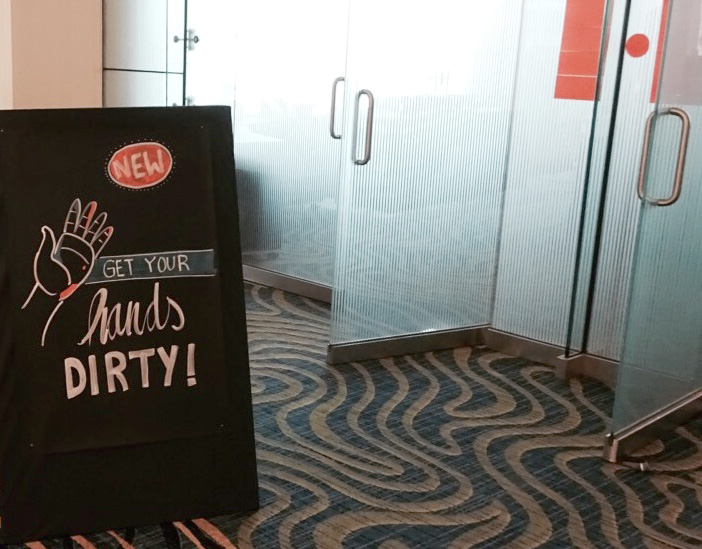 On the eve of Precon – the pre-conference we began with setting-up of our Neuland store. The tables had to be set and numerous new products had to be placed in the right light. Among the conference novelties was also the new GraphicWall V3, which was firstly introduced to the interested expert audience of IFVP conference. In our Neuland store, this extraordinary board served as a visual product overview, which Verena equipped with Outliners and BigOnes brought to paper. 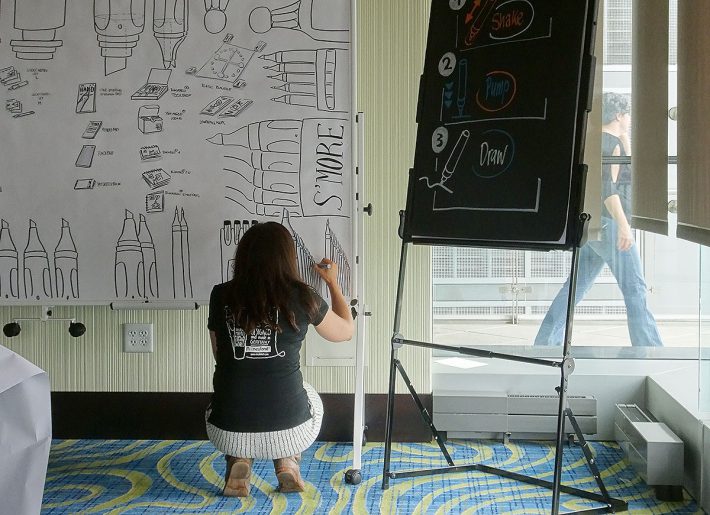 A real treat in Neuland store was the premiere of the new GraphicWall V3. With its 4×8 feet working surface and its light design meets the requirements of the Nord American market.
Its genius folding feature fascinated store visitors. And even we succeeded to make one of the customers particularly happy with this GraphicWall: Mike Schlegel from WhiteboardAcademy. He was the lucky one to buy on the spot and take home so far the only GraphicWall V3. Shortly after „Muddy” shared his joy in the YouTube video. The V3 enters production soon and will be offered from the end of 2016.

As a matter of course, the core range of desired Neuland markers (BigOne, NoOne and ArtMarker) was there, too. 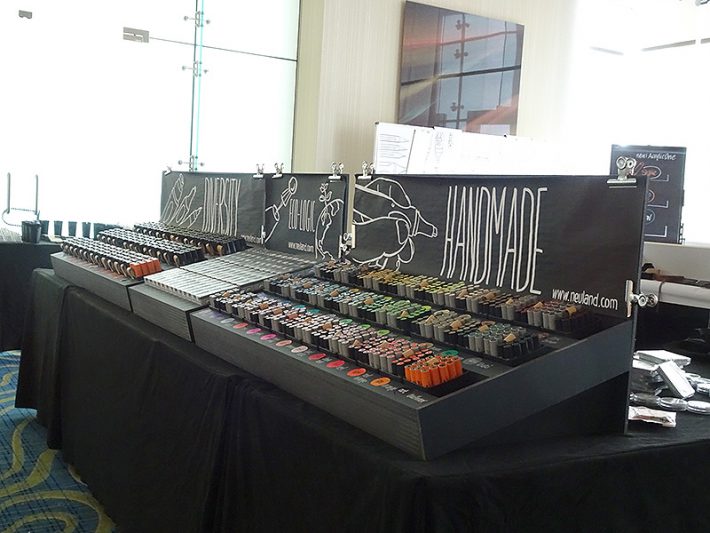 A real premiere celebrated the new AcrylicOne-refillable acrylic markers in three nib widths and 19 different colors.
Here, at the IFVP conference the acrylics had a chance to be put to the acid test by the experts of visual scene. 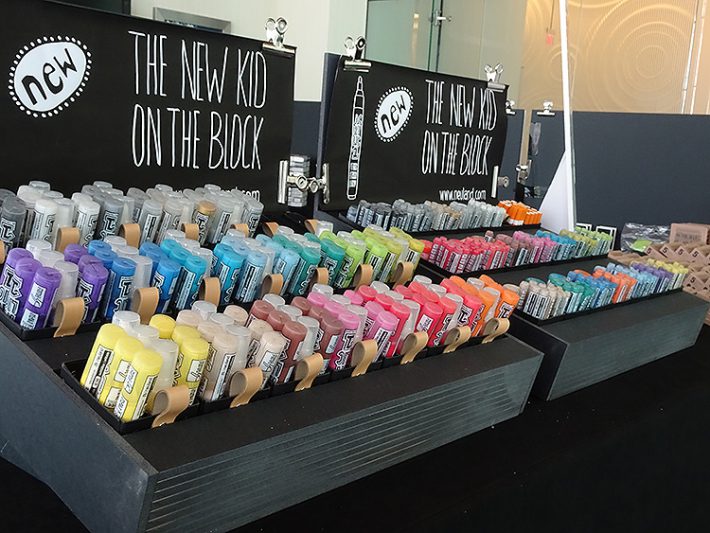 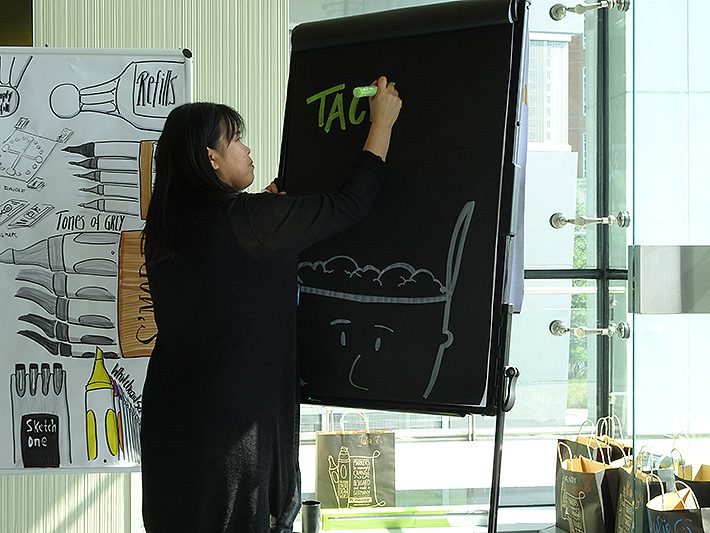 Also the 5 new tones of grey, our S’more tones of grey presented themselves for the first time on the occasion of the conference on the American ground. 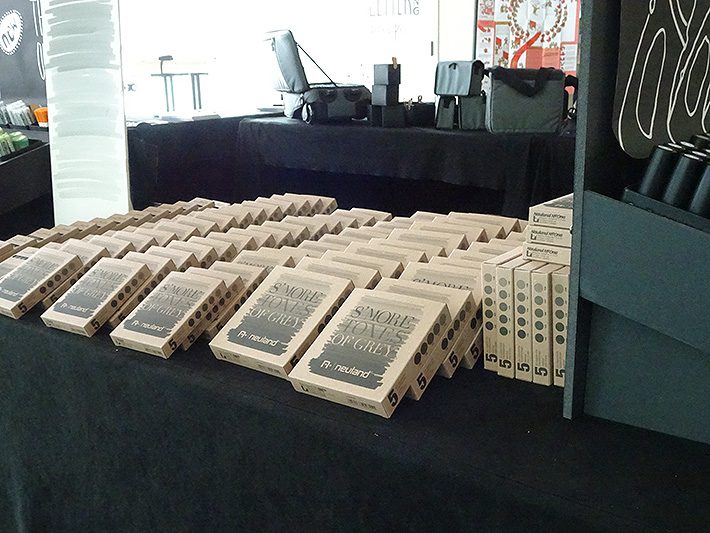 Hand-Lettering has been a definition for Neuland customers for a long time. This rather “uniform” way of writing tends to be spruced up today with calligraphic nuances if you master the art of calligraphy on the FlipChart.
Certainly, it is necessary, as with many other things, to practice, practice, and practice. And of course you can’t do this without the right materials. 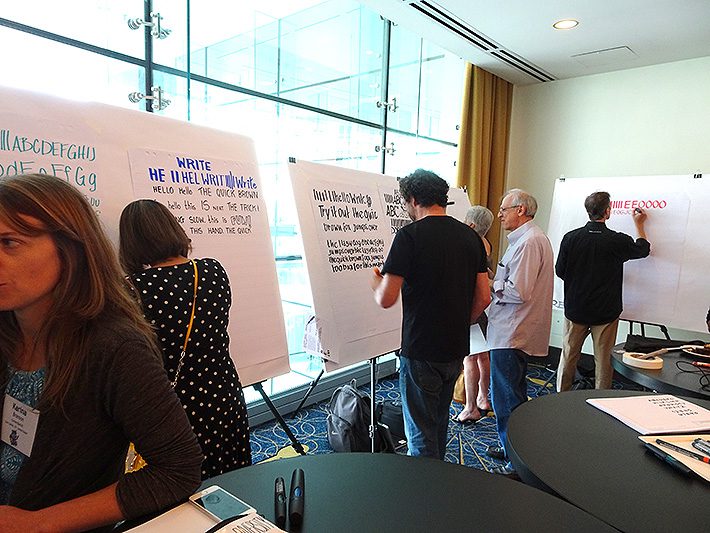 And this is the suitable „practice sheet“apart from right markers. Exactly this Hand-Lettering LearningPad has been created now by Neuland and the participants had a chance to test it in the Heather Martinez’s Lettering-Workshop. 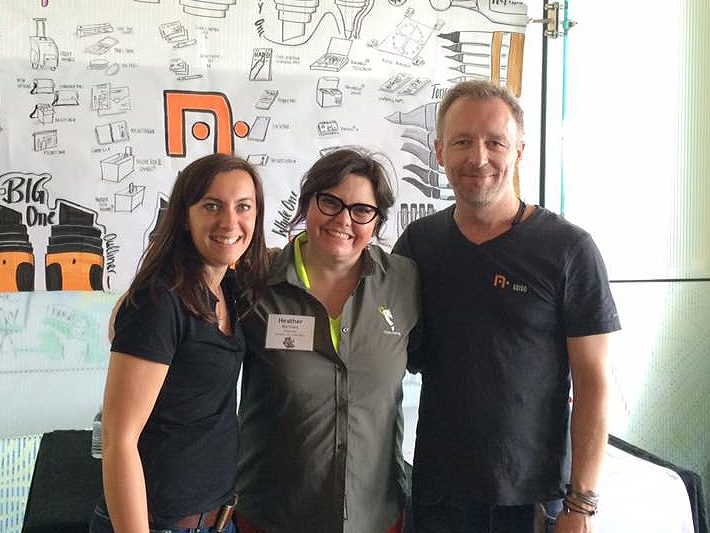 We could see through this workshop, how enthusiastically the customers accepted the new product. Some improvement suggestions, which came from the workshop participants and Hand-Lettering expert Heather Martinez, will be taken into account in the final version of „Hand Lettering Learning Pads“.

Basically, we had nothing in common with the evening Gala Programme. And yet it appeared that Neuland didn’t play quite unimportant role. It became clear to us at the latest when Trent Wakenight came on the stage dressed up as a „Really BigOne“ telling „dirty marker jokes“. 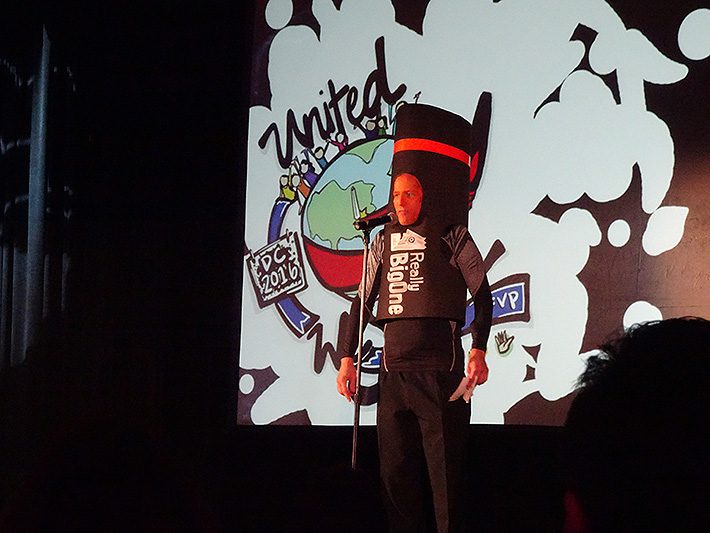 We are happy to mention also the other IFVP talents, who performed in the evening: Avril Orloff, who invited the whole room to sing a canon and let us experiencing the goose bumps.
Dean Meyers ensured another highlight with his totally touching vocal number. Johnny Goldtein chirruped quite cool the American national anthem and Jill Greenbaum with her husband Steve cared with further „Singalongs“for an excellent atmosphere.
It became really hot when Sophia Liang and Rosanna von Sacken rehearsed a dance with the whole IFVP community.
Many thanks for this beautiful evening – see you maybe next year!