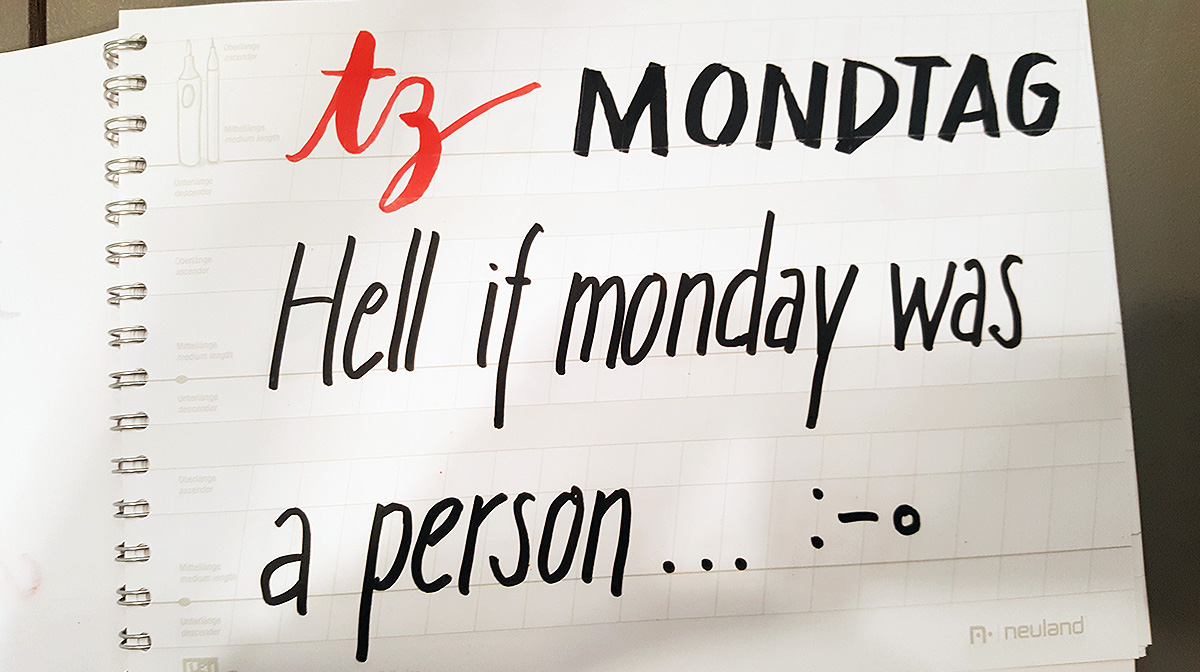 TRIGGER YOUR OWN INSPIRATION
Human first!

According to that motto, more than 1.600 people, over 60 speakers on 5 stages in 3 days from all over the world attended the TYPO 2018 in Berlin to inspire each other.
And, of course, the Neuland® Team was back at the „schwangere Auster“ (pregnant oyster = the name of the facility) as well – the bags full of markers and other goodies!

Same place – more markers: This year again visitors were able to test and purchase various markers and colors at the Neuland® booth. Small works of art have emerged on our Graphic Wall V3, which we were particularly happy about! Visitors were also very pleased with our Handlettering Learning Pad to go and filled it with creative lettering.

Neuland® was gladly back as a sponsor and equipped a few workshops with markers. Visitors were able to learn and practice lettering with our Neuland BigOne® or the ArtMarker. The demand for our ArtMarkers, which sold out towards the end of the event, was enormously high. 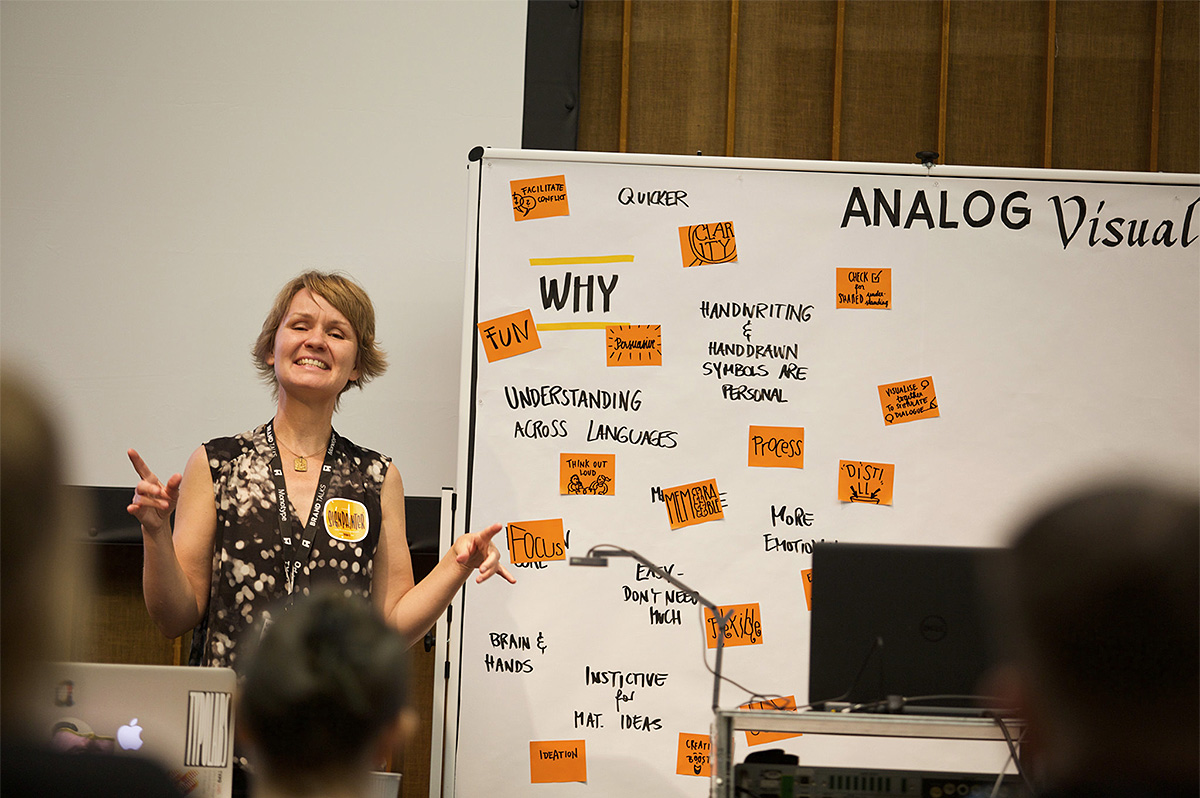 We are very happy that we were able to convert Wiebke Koch for the workshop „With pen and paper for a better world“! For more than 20 years she has been working with great passion at the point of interstection of society and economy. She‘s supporting „Changemaker“, who are dedicated to solving social problems. She says „Pen and paper are far from being out. Ideas are quickly visualized on the spot, user stories are put to paper and workshops are enriched with attractive flipcharts“. In her workshop she and the visiors tried out ingredients for good visual recipes and she encouraged them to create their own individual sketchnotes at the TYPO.

A real highlight were our sketchnoting sets, consisting of mySketchbook (in black or nature), a gimmeFive +1 elastic strap holder, a SketchOne, an Outliner and 4 fineOne by Neuland®, which visitors were able to choose from according to their taste. This mega set was available at a special price and was a real hit. A lot of visitors took one home as a souvenir for co-workers, friends and family – we think that‘s a lovely idea. 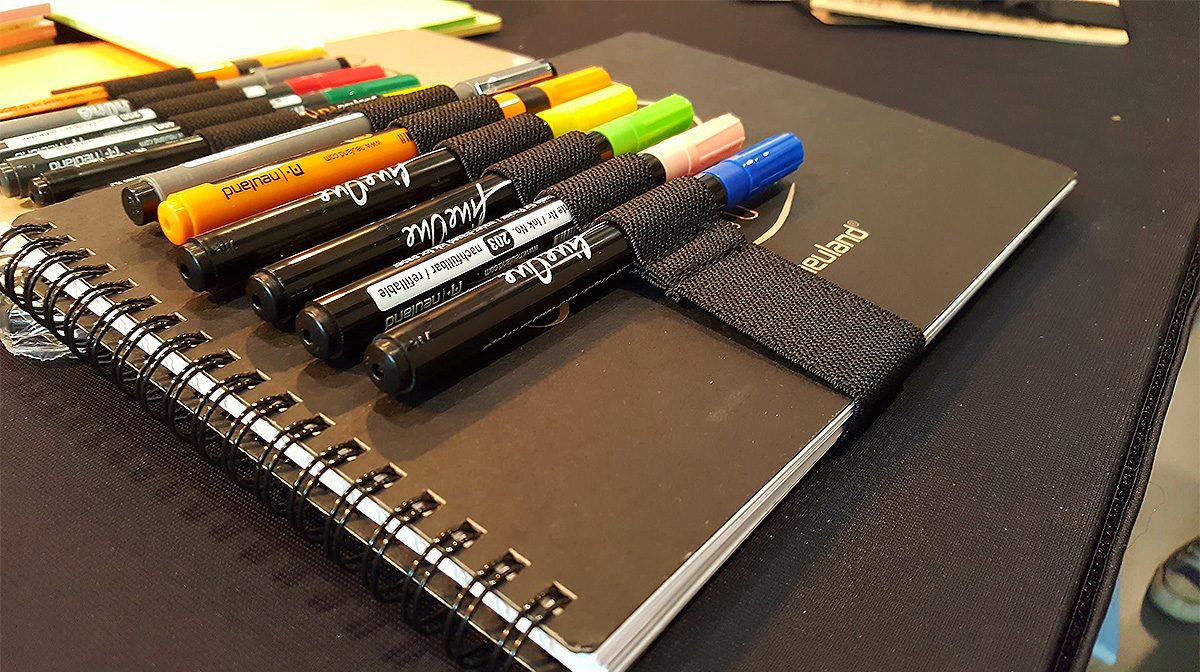 An important note at this point: There were vouchers in the distributed conference bags. These can still be redeemed after the TYPO in our Online-Shop. If you were not lucky enough to visit our booth in Berlin, you can now scarf up on our popular Neuland® markers.

And also the Neuland® Team, Ann-Janine, Laila and Dominik, have been inspired by the beautiful event and are looking forward to the next TYPO, to new impulses in matters of lettering and such and of course to all of you – the visitors, that make the event so great. Thanks so much!