This is a twin-twin situation

So… two nibs. Um, so two that are twice as great? Sounds good.

It’s quite convenient to have a marker with two nibs. 2 in 1 is always a good idea: shampoo and conditioner, shower gel and body lotion. What else could be brought into this line? Rrrrright, the Neuland TwinOne®, the marker with both chisel and brush nib in one housing. Awesome! 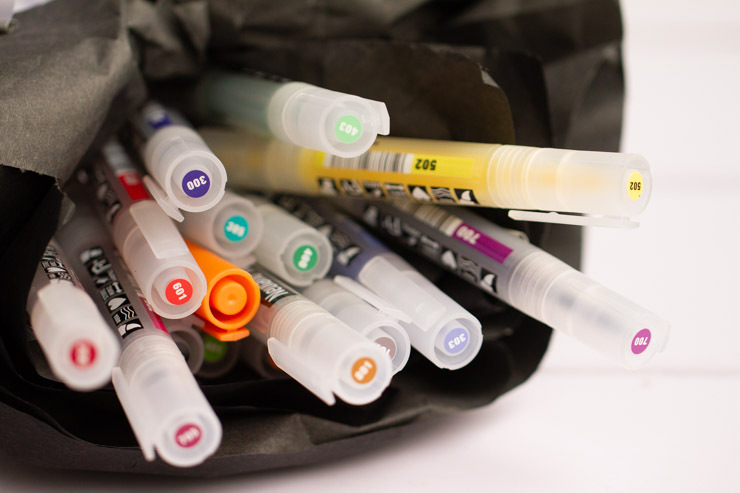 Letter faster than your own shadow in different styles

The Neuland TwinOne® combines the two most popular nibs – the classic chisel nib and the brush nib that you know from the Art marker. Both nibs have gained a real fanbase over the years. But since our aim was to create something new, the TwinOne’s nib sizes were changed. They are smaller now but still big enough to use it on FlipCharts or other large formats.

“Store Horizontally” – this is also new for a water-based marker but there’s no other way when you have one nib on each side. Who do you want to give precedence to? Somehow, the ink has to spread to both nibs. But if you “side with one nib”, you can also store the TwinOne vertically, favorite nib side down. This doesn’t harm the marker. Due to gravity, the ink will always be ready for use on this side. 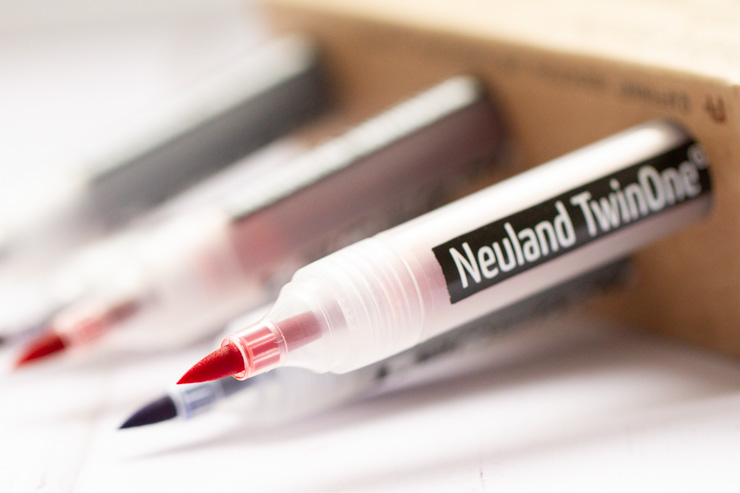 For those who like sketchnoting or working on smaller formats in general, the Neuland TwinOne® is the perfect choice, too. As some nibs are slightly too thick for small sketchbooks, the TwinOne makes it possible to go mad on smaller paper formats as well. 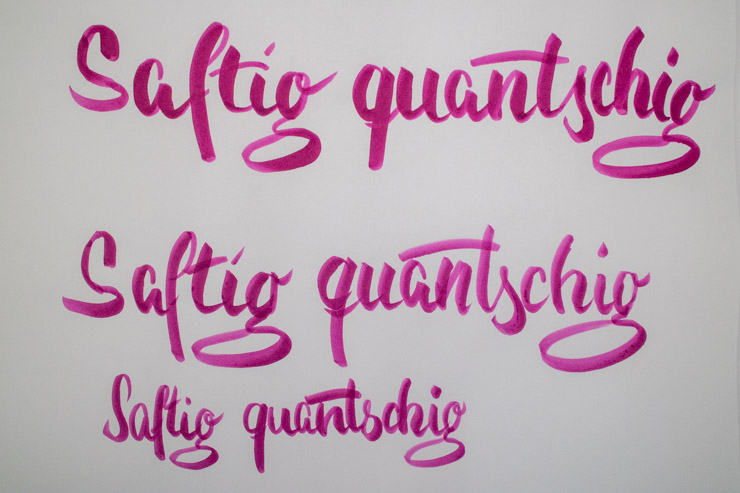 Can you see it?

When you use the TwinOne brush nib, the lettering will look dryer but, at the same time, it will show more contour. This makes the lettering more dynamic and looks like watercolor. And at the moment, watercolor is a popular trend anyway, right?

In this case, I put a lot of pressure on the nib to show this effect. This could look completely different when you do it as you might use less pressure. Then, your lines will look a lot lighter and filigree.

In the third version, I only used half the pressure compared to the one above. In this way, you can do a smaller writing, which is perfect for sketchnoting or small paper formats.

When you look at the new chisel nib, you will see that it was created to let you draw finer lines. Moreover, it is very flexible, thus, feels a bit softer.

As there are many different lettering styles (also see Heather’s book), it is necessary to sometimes turn the marker to produce a certain effect. Sometimes it’s easy, sometimes you mess up the S, the G, or the O. Of course, I mess up the O all the time. You need to be an extremely good facilitator to produce a neat O. It takes a lot of practice to calm down your brain and make it say: “Do it, I don’t care! But don’t say I didn’t warn you!”

When you grab the Neuland TwinOne®, you being an experienced facilitator have already put your message on the FlipChart by turning the marker so deftly that it shows a perfect lettering.

By the way, if you like to try new lettering styles or if you’re just getting started, you might as well be interested in our handlettering kit!

How do I even refill the Neuland TwinOne® when it doesn’t have a hole?

Here, we came up with something totally crazy. It’s called unscrew! Yes, you can simply unscrew the lid and remove it from the housing. When there are two nibs, there’s obviously no place to put a hole. But don’t worry, we show you how to refill your TwinOne in our markerpedia. 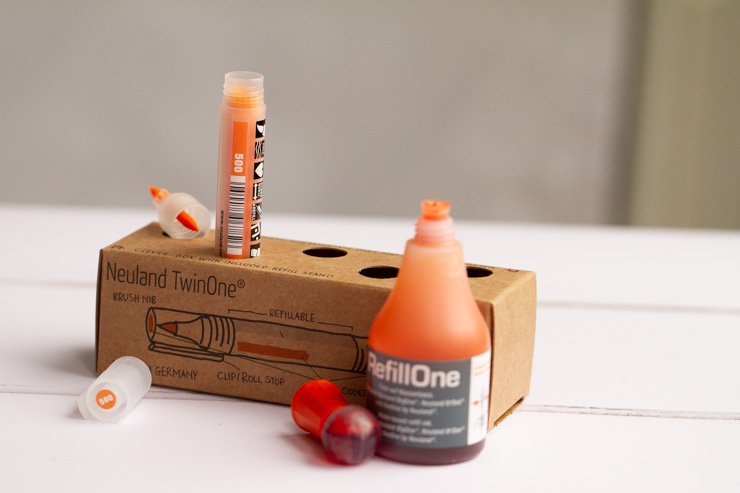 And if 15 colors are not enough, just order the empty TwinOne and mix your favorite color. You can use any water-based Neuland ink for the TwinOne. Crazy, right? And so sophisticated!

Pssst! There will soon be even more alternative nibs for the TwinOne. Stay curious and keep an eye on our online shop. 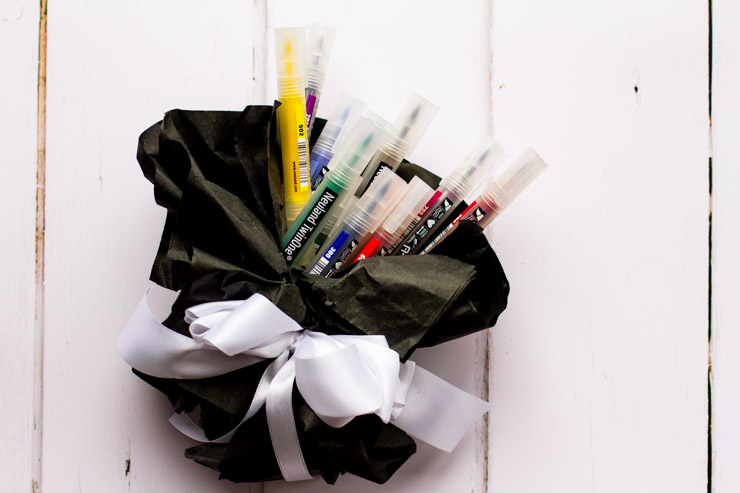 All TwinOne colors nicely wrapped. What a wonderful gift for all marker addicts.

How do you like the Neuland TwinOne® and have you already tried it? We’re looking forward to your thoughts and comments on our Facebook page.

You would like to test the TwinOne? We’ve come up with a special idea for our fans from all over the world: Order the Neuland Post and look forward to a small gift. Curious? Just click here.