Toward the 3D Virtual Cell 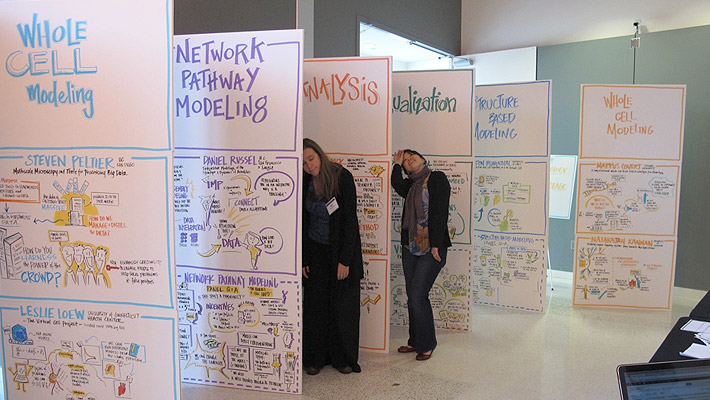 By Sophia Liang of Graphic Footprints.
What happens when science and technology meet? How does the cooperation between scientists in a open dynamic community develop within the next five years? These were some of the questions that had to be answered by 120 scientists within a US conference at the UCDS campus. 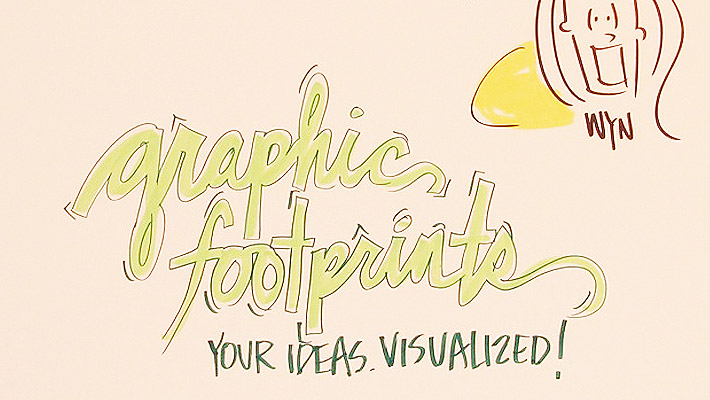 Graphic Footprints was there to support the group by mapping their conversations live with colorful drawings. 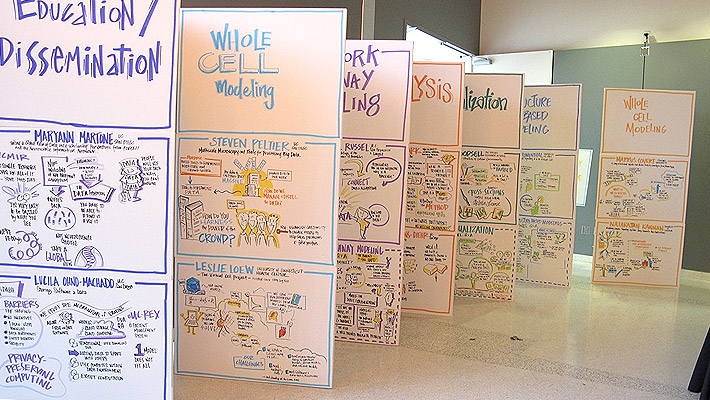 …that were installed as an engaging freestanding visual collage in the lobby. 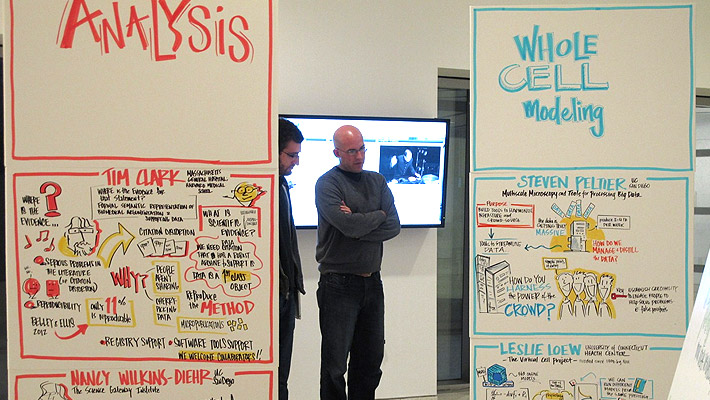 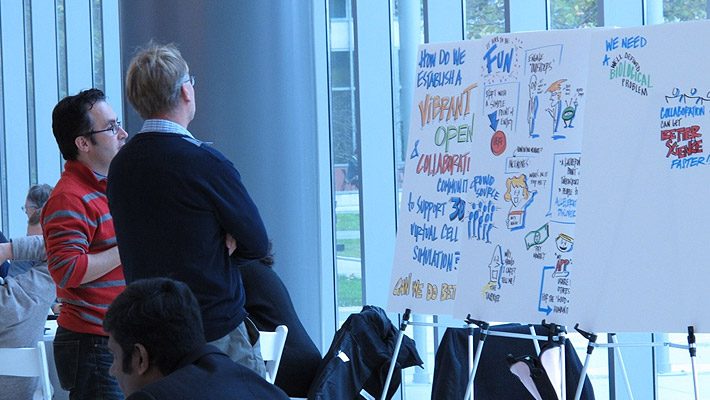 As always, the graphic recorders work is a real magnet for all the attendees. A perfect way to reflect back on all of the content. 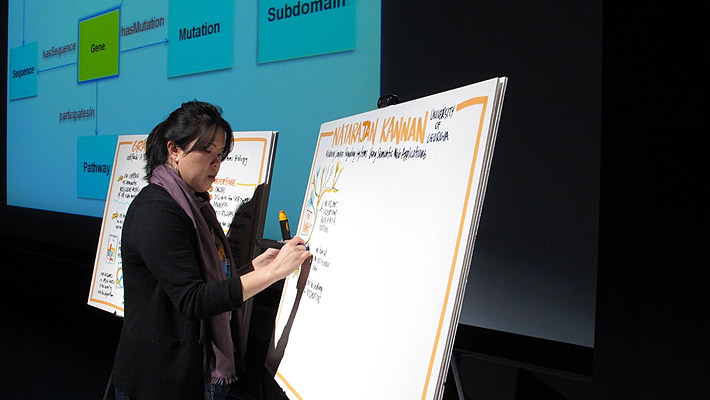 Sophia doing the work she loves in a close up… 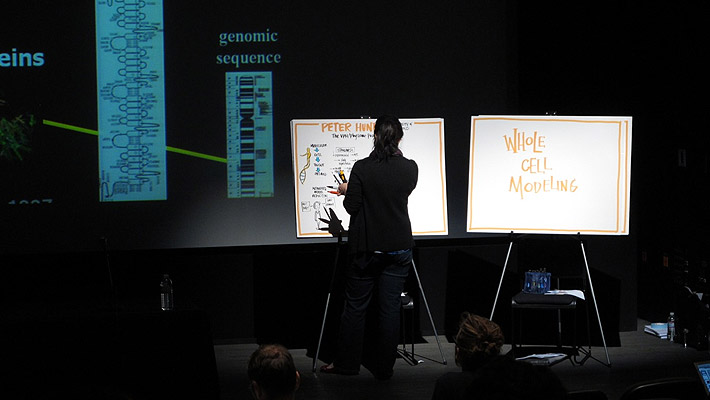 …and from the audience’s perspective.

Sophia and Wyn captured all of the conversations in their colorful charts, and here’s a few snapshots of them (more than 40 in total). 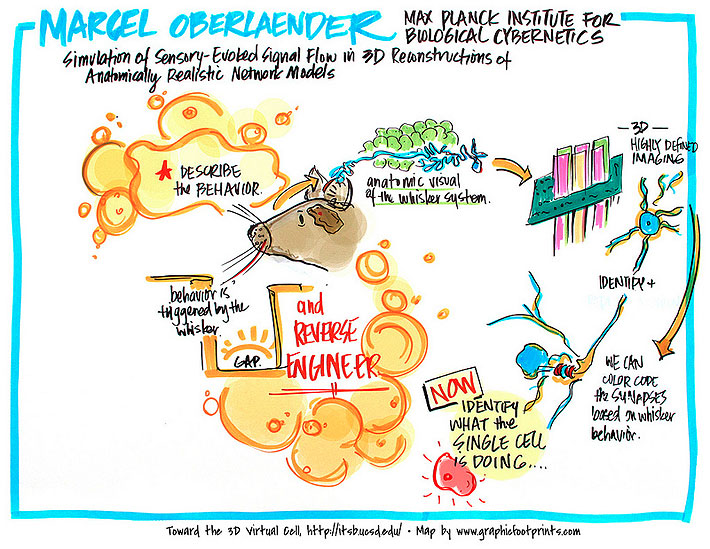