50 years … and five for Neuland 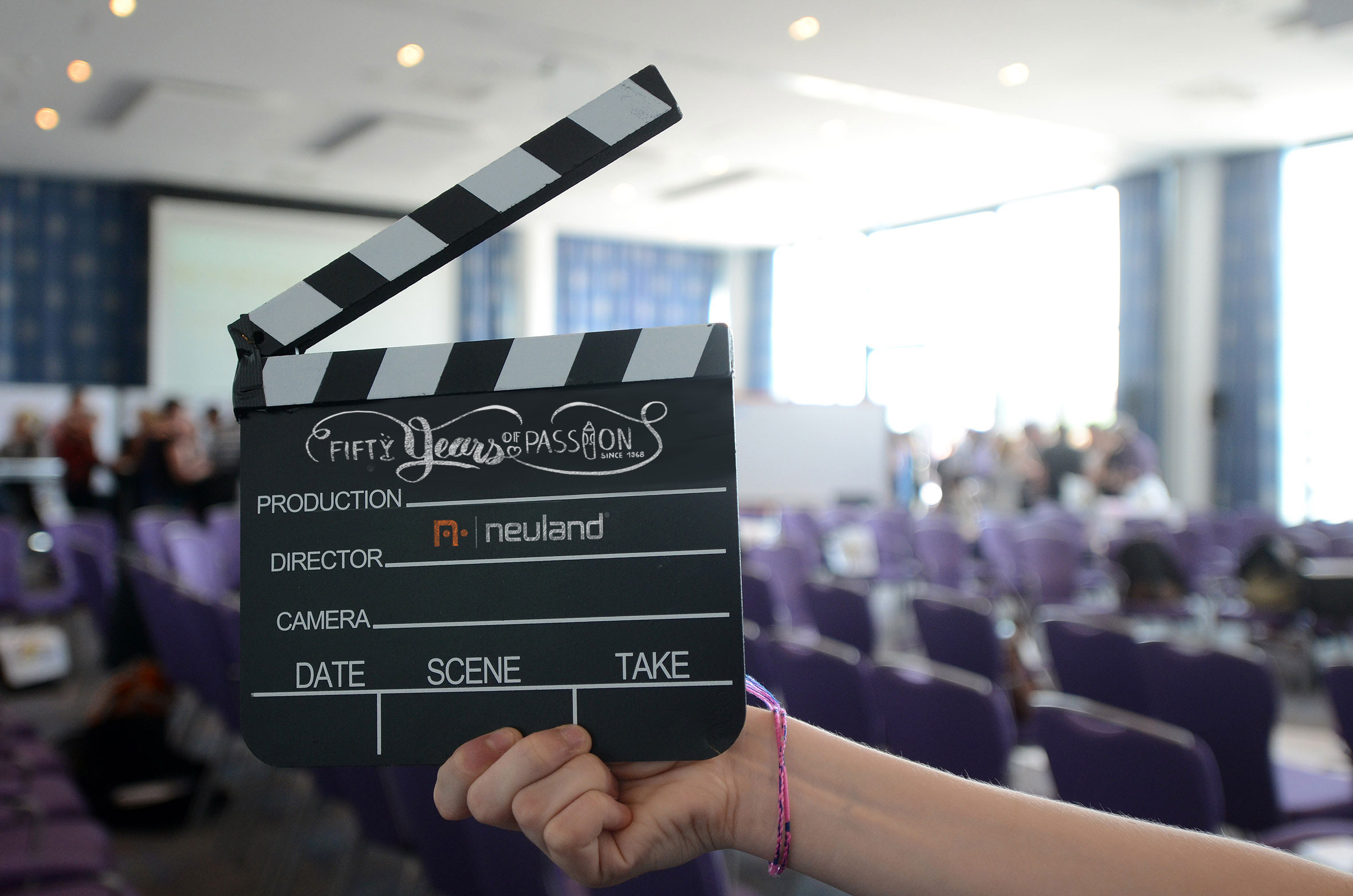 This year it’s all about the “five”.

Not only that we turn five-zero, = 50 years old. We have also formed a fiver-team that will reach out to you more frequently in the future: our new „famous five“-editorial team! These are Sandra, Thies, Stef, Verena and Guido. Together we experience adventures and solve the riddles of the marker world.
We are as different as the characters in the audio-story “Famous Five”. Fort hat reason here’s a short introductory round, so you know who serves you with tips, tricks, “how to” articles and chitchat about Neuland:

There is Stef, one of our creatives, who coordinates the social media posts and, as a Half-American girl, shows her language skills. She even had Neuland markers with her on the Way of St. James…They still had to fit in the backpack … 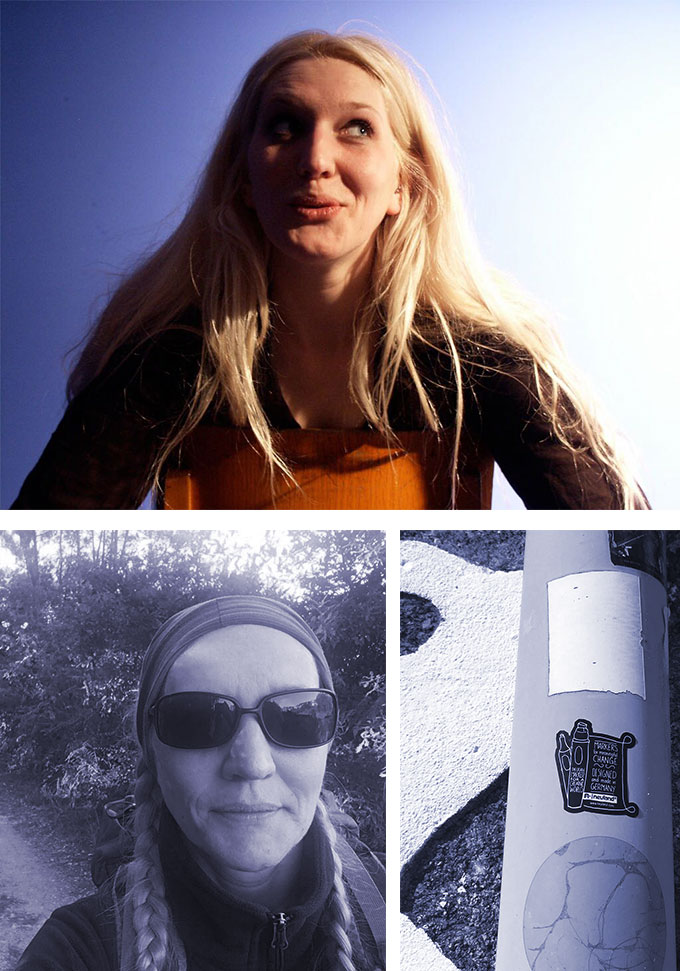 Rather “behind the scenes” are Verena and Guido, who are busy planning all the projects in our anniversary year and creating a number of new amazing products. They chat about it and occasionally write an article themselves. 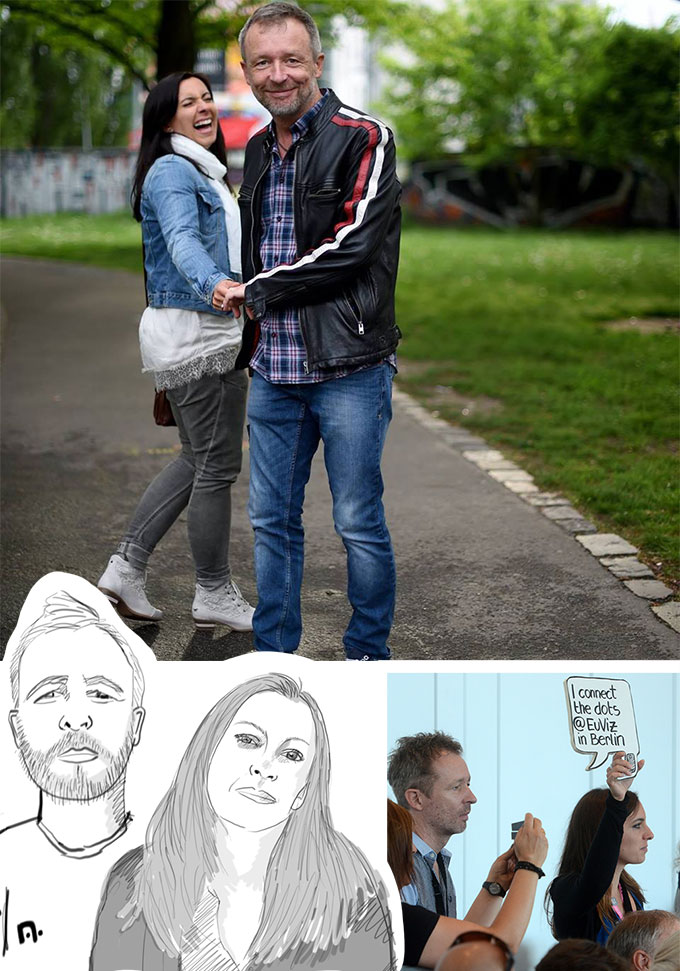 And then, last but not least, our new correspondents Sandra and Thies.

Aww, we have known each other for a long time. At the international conference for visualizers and facilitators initiated by Neuland, the EuViz 2014 in Berlin, they were somehow already all there. Maybe the beginning of a wonderful friendship …

As project leader of EuViz, Verena regularly communicated with Sandra, who was part of the core team. Sandra has fed her with PR texts. Whenever Sandra wrote emails, Verena had to laugh out loud. By the way, this is still the case today. Sandra’s writing style is just too lovely.

Sandra is our much appreciated „chatterbox“. We mean that very tenderly. She loves color, visuals, flipcharts and markers just like us. And she has the portion of “craziness” to try and show all sorts of things. Because of this, and because of her – * new word * – “video-genic-y” she is now a Neuland correspondent.

By the way, she creates videos and blog posts in German and English. This is a real challenge for her, but she practices every day. And she learns a lot from her favorite YouTubers so she can say such beautiful things in the videos as: “This is AWESOME! This is INSANE! Or something with “You guys“ or “Thank you for watching” or “hit that subscribe button, and I’ll see YOU in the next video!” 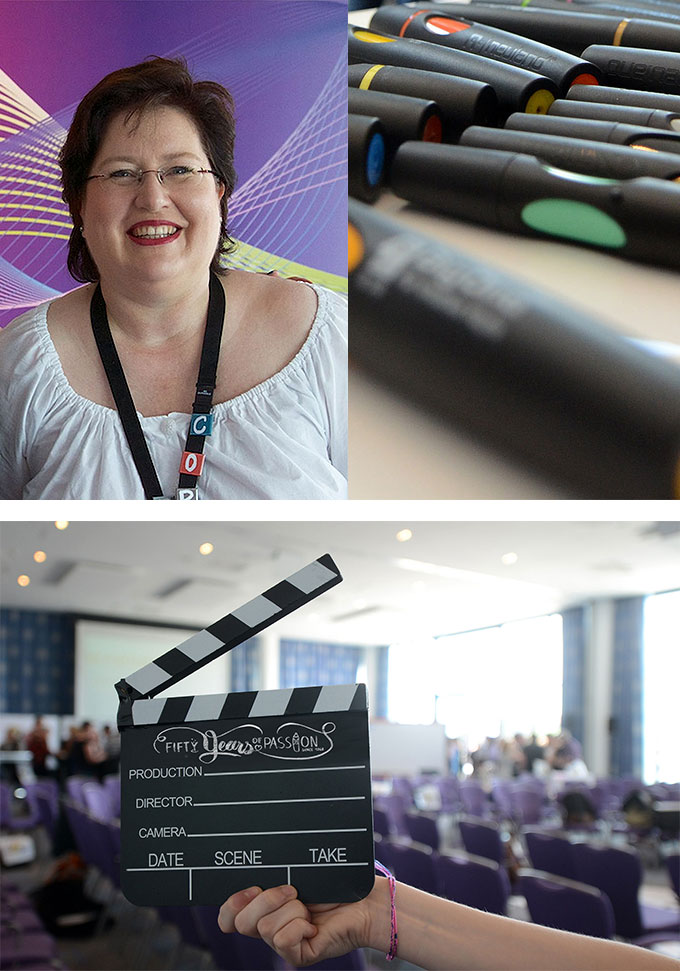 Before EuViz, Guido instigated Thies to visualize the participant photos for the conference program. Because Thies is a dedicated visualizer. Not even in the tram he puts the marker out of his hand. Thies is a bit like the “crazy professor”, who has to experiment all kinds of creations with the marker. He likes to express his thoughts in pictures. He also likes to develop word creations such as „Happy New Yeah“, our New Year’s Slogan. 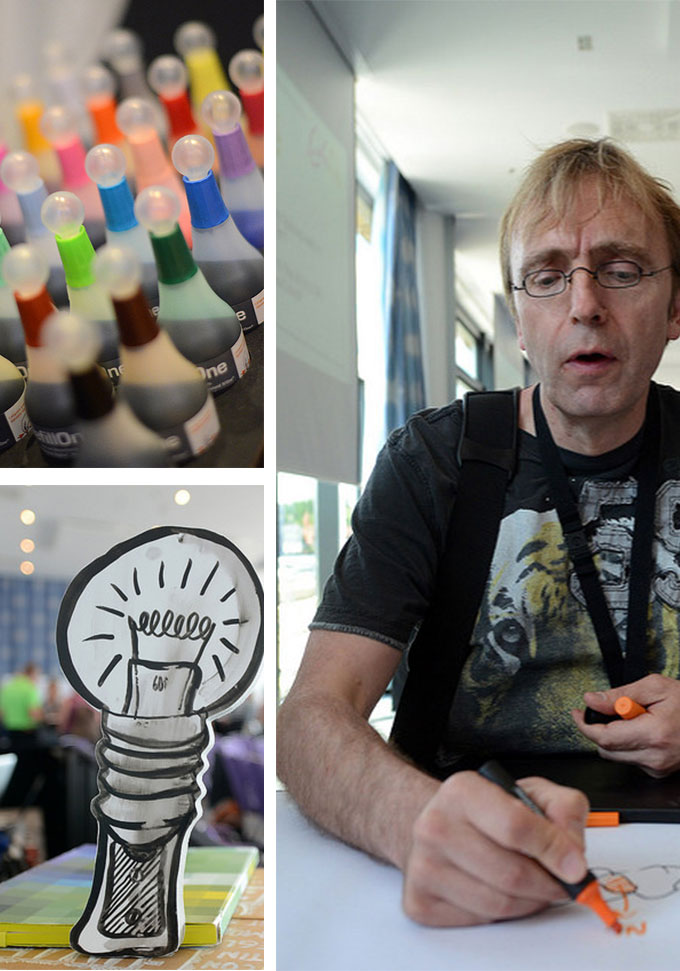 And then there are many more people from “team Neuland“, who indirectly contribute to culinary social media delicacies. THANK YOU to our creative department, the sales team and all those who take care of IT and the shop.

To all Trainers, Visualizers, Facilitators, Coaches, and Neuland Followers

Hopefully, you will be approached by our “famous five“ editorial team on many senses, at least you will read from us, hear (from) us and see us … ????
Because we want to keep you up to date with everything that is going on here at Neuland. And that’s a lot this year…